Skip to main content
Home » What's New » A Tale from the High Seas – Why Did Pirates Wear Eye Patches?

A Tale from the High Seas - Why Did Pirates Wear Eye Patches?

With the recent release of Disney’s latest Pirates of the Caribbean film (entitled Dead Men Tell No Tales), the world is once again enamored with the pirate persona.   The swashbuckling, adventurous raider of the seas, often seen with a parrot sidekick captures the imagination of many. This fearless antihero combats the violent waves and high seas to find a treasure chest of booty, hidden on some forbidden island. He wears a pirate hat, a plethora of jewelry, maybe has a hook or peg leg, and one other definitive accessory – the eye patch.

But why does he wear an eye patch?

There have long been two endearing answers to this question. 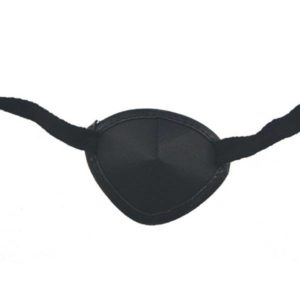 The first, more straightforward answer to this question is that the eye patch is used to cover an injury or disfigurement that occurred to the eye. Being that pirates often engaged in battles with one another, complete with swords, cannons, and muskets; this seems to be a plausible reason.   But did every pirate “lose an eye” in battle somehow? If the eye patch was truly a staple of the pirate attire, it seems 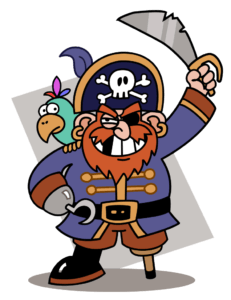 unlikely that almost every pirate would have to cover up an eye injury (and had pirates known anything about eye safety, they would have worn protective goggles during battle, but that’s an entirely different topic for another EYE Digest article). 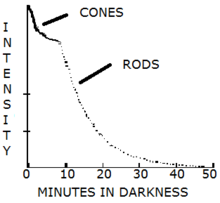 The Dark Adaptation Curve: As time in darkness continues, more rods are activated

Now imagine when you have gone from an area of light to an area of darkness. The process of adjusting to the new environment was not instantaneous; in fact it took some time. Specifically, that adjustment time is on average measured to be 25 minutes.

This process, of adjusting from a light environment to a dark environment, is known as dark adaptation and involves a variety of chemical processes to occur in the retina, located in the back of the eye. The retina must regenerate a compound known as rhodopsin and also increase sensitivity of rods. In contrast to this, light adaptation, the process of adjusting from a dark environment to a light environment, means the retina must decrease the amount of rhodopsin and increase the sensitivity of functioning cones.

So how does an eye patch help a pirate switching from a light to dark environment?

By covering one eye with a patch, that eye is perpetually left in a dark-adapted state. This means that when the pirate is an area of excessive light, such as above deck, the eye is completely guarded from light that leads to the chemical process of dark adaptation. When he or she steps into a dark area under the deck, the patch can be removed and this eye can be used to look around.

So now we know, pirates used patches for dark adaptation!

Not so fast.   According to the records, there have been no historical accounts that pirates ever wore eye patches. In fact, the only account of a pirate wearing an eye patch occurred in the classic novel Treasure Island, by Robert Louis Stevenson, in which Captain Blackbeard wears an eye patch. Since Stevenson’s 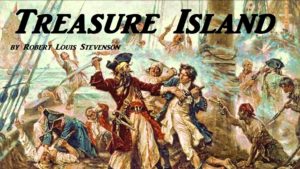 book had such a profound impact on the general public’s perception of pirate lore, the idea of the eye patch appears to have carried forward from his work.

And there you have it, all you have ever wanted to know about pirates and patches. So next time you put on a pirate movie or wear a pirate costume, keep an eye out for any inquisitive minds asking about an eye patch, because you have some solid trivia coming their way.